Today I did +1.73% during London hours, and had no trades for the rest of the day.

I didn’t get any fishing in this weekend because the lake was still frozen. The hike in and out was but kicker. It would have normally took me 3-4 hours to get there, but took me about 6 to get in and about 4 to get out. The reason why it was longer was because for the last 2 miles I had to hike through waste deep snow, and because of the snow I couldn’t see the trail so I and had to bushwhack it which put me about 1 mile north of where I wanted to be. So after working my way back toward the lake I reached the top of a finger at about 12,500ft looked out to where the lake was (about ½ a mile away) and could see that the lake was still frozen. Looking around at all the snow I noticed that where I was standing was about the only place I could set up my tent so I decided to set camp and sleep. I woke up the next day in the clouds, and thankfully I had a cell signal so I could look up the weather. It said we were due for some storms so I ate breakfast and started packing up. While I was packing up I had a couple of coyotes howling below me (about 500-1,000ft down the hill) which was cool. I had also run into a coyote on my way in the previous day (got within about 15ft then he ran off). So after packing up I head on down the hill, and when I was about ¾ of the way back to the car I ran into some people on their way in. I told them about the snow and the coyotes I ran into, and went on my way.

Even though the hike was a major but kicker (I lost about 5lbs overnight) and I didn’t get to fish I still had a blast just being out there. I hope the weather is good this next weekend because I plan on going to a lake with better sun exposure which should make it fishable (no ice).

Here are the photos: 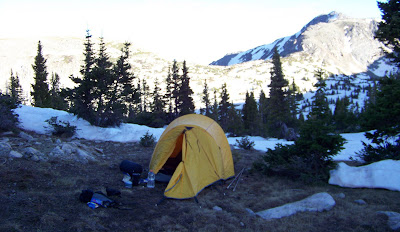 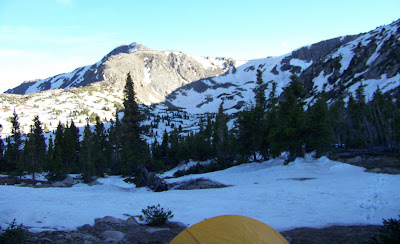 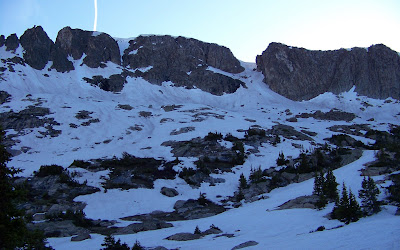 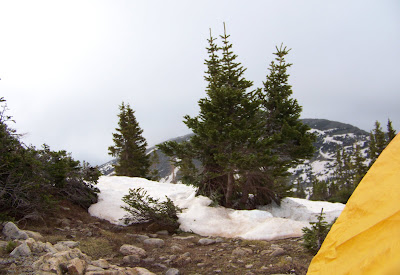 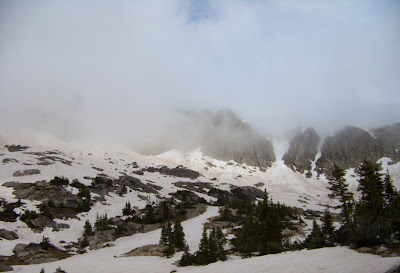 Totals for the day
Forex: (+1.73%) Real Trades
All times on the charts are Mountain Standard Time 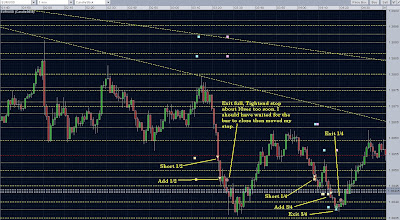 Posted by StockHunter at 9:25 AM

Gorgeous pictures!! Thanks for posting those.