Today I was a big chicken. To nervous during the morning which caused me to not enter on some trades that I should have entered on. Had I not been nervous today I would have made money :*(. 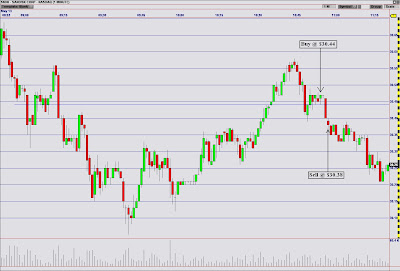 FLR: I should have played a trailing stop on this, I got out where I did becasue I was scared of loosing more money. 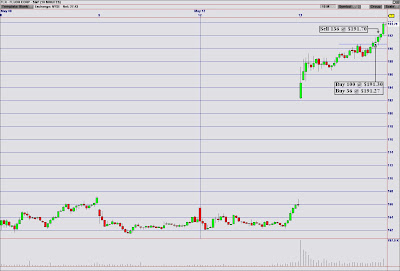 Weather sucked today, lots more snow again :*(. I wish it would stop or at least turn into rain.
Posted by StockHunter at 1:25 PM